The Community Foundation for the Greater Capital Region remembers with deep gratitude and an even greater sense of loss, our friend J. Spencer Standish who passed away on Thursday, September 22, 2016.

While much will be written about his business acumen, it’s his spirit of generosity and care for our region for which he will be most remembered at the Foundation.

In the Annual Report that year, Judy wrote:

At times, in the early years, our progress seemed slow. But we found hope in each new fund established by our donors and in each resulting grant. Better yet, we found others who shared that hope – and who still do. The most obvious example came just weeks ago with the largest gift in our history. … The gift serves as a reminder of the spirit of generosity that flourishes in the Capital Region – and that, ultimately, will secure our community’s future. It also fuels our determination to build our charitable endowment until it reaches the level that our region truly deserves.

As the staff reflected on our time with Spencer, Jackie Mahoney, the Foundation’s Vice President of Programs, said, “Mr. Standish understood that if he made a commitment to the Foundation that others would follow.”

Spencer’s historic gift continues to be an inspiration for individuals and families committed to our region’s health and well-being. The establishment of the Standish Family Fund and its grantmaking process has helped to chart the Foundation’s course and remains a model for excellence in philanthropy.

Spencer Standish was a force for good.  Our hearts are full of gratitude. We will miss our dear friend. 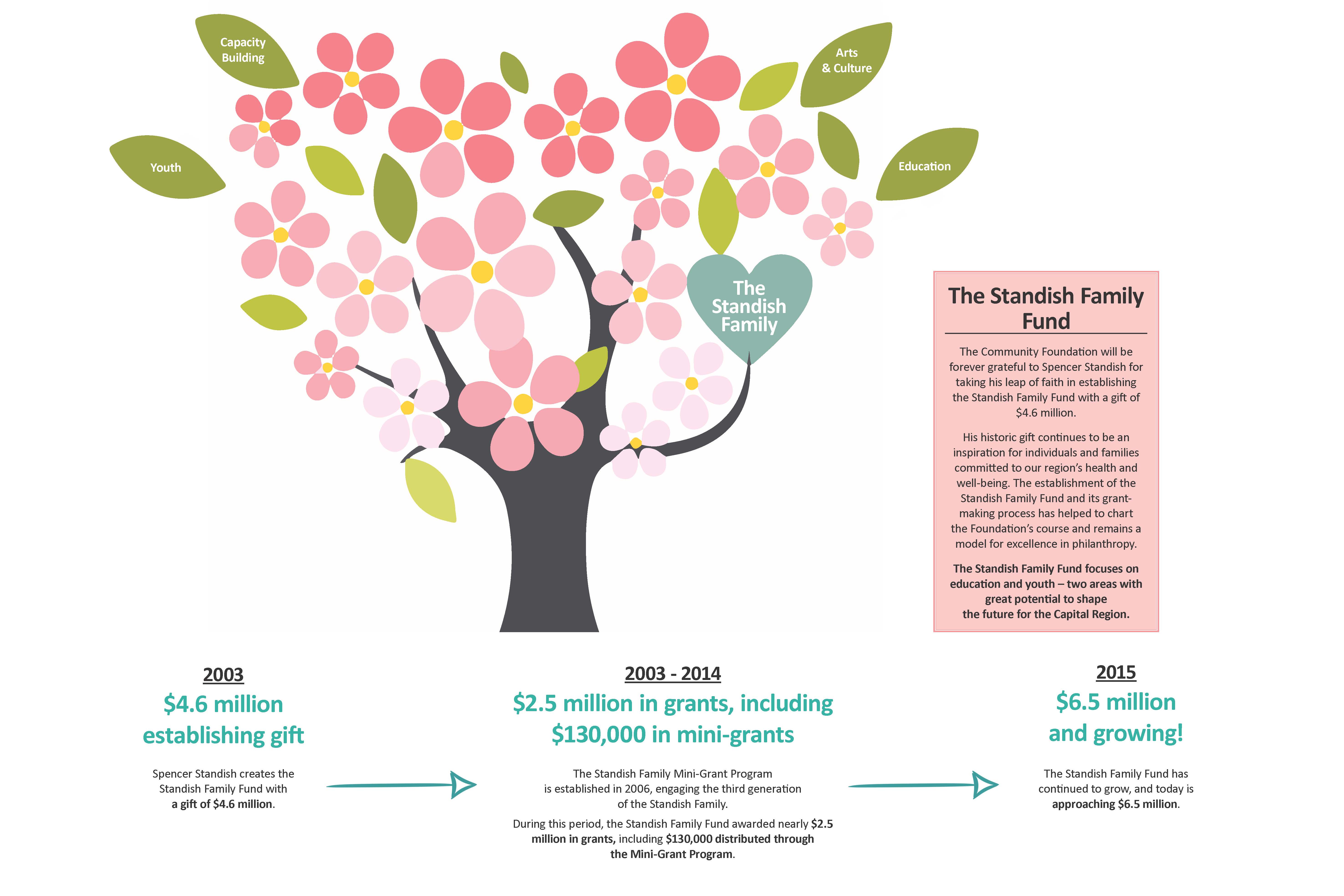