John Boyd was a student at Watervliet High School when he was  offered a job with a weekly pay of $9 — it was during the Great Depression. Though he had always planned to go to college he made the difficult decision to abandon his dream, leaving high school to help support his family.

Despite not being able to finish high school or attend college, his dream for himself took on a new shape. Mr. Boyd worked for many years as a mechanic, car salesman, and custodian. Beginning in 1995, he made small annual gifts to begin building a scholarship fund that would support students in his hometown of Watervliet. The John A. Boyd Scholarship Fund presented its first scholarship in 1999. In 2010 when Mr. Boyd passed away, his life’s savings were added to his fund at the Community Foundation.

“I feel honored that I am the result of Mr. Boyd’s sacrifice and hard work, and I feel like I have a responsibility to help him accomplish his dream through me.” — Ariana Greene 2016 Boyd Scholar 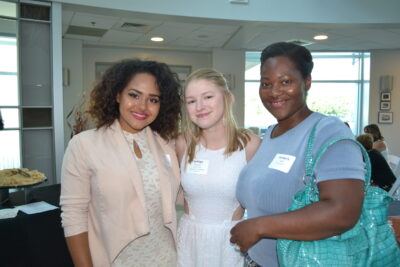 What will your legacy be?