The Community Foundation for the Greater Capital Region honors William Kahn, CPA, Amy O’Connor, Esq., and Jeffrey Rosenbaum, JD, CPA, for completing their third and final term on the board of directors. In addition, we honor Patty Michaelson for finishing her service as the Board Liaison from the Bethlehem Central Community Foundation and Charles Liddle III for his leadership on the Finance Committee. 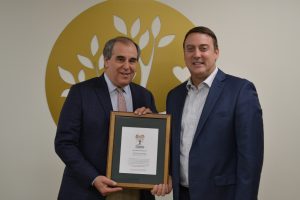 William M. Kahn, CPA serves as a Partner and Certified Public Accountant in the Albany office of UHY, LLP.  He served on the Board of Directors from 2010-2019. He served as Assistant Treasurer from 2014-2019 and is an active member of the Committee for the Campaign for Impact. 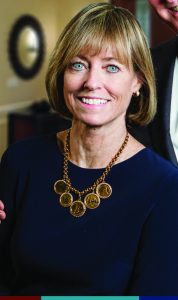 Amy S. O’Connor, Esq. is a shareholder with McNamee & Lochner, P.C. She served on the Board of Directors from 2010-2019. She served as Secretary from 2016-2019 and is an active member of the Committee for the Campaign for Impact. In addition to her board service, O’Connor served as Chair of the Professional Advisor Council from 2011-2019. 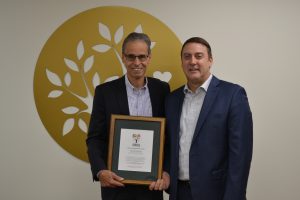 Jeffrey M. Rosenbaum, JD, CPA, is a Senior Substantive Policy Officer, Tax Policy & Research for the Ayco Company, a Goldman Sachs Company. He served on the Board of Directors from 2010-2019. He served as Assistant Treasurer from  2011-2014 and then Treasurer from 2014-2019. He also has been a member of the Professional Advisor Council since 2006.

With the leadership and support of Kahn, O’Connor, and Rosenbaum, the assets under stewardship of the Community Foundation for the Greater Capital Region grew from $51.4 million in 2010 to $83.5 million in April 2019. During that time, the Foundation distributed more than $47.7 million in grants and scholarships back to the community.  The foundation is grateful for their role in helping strengthen the community through philanthropy.

Patricia Michaelson served as the Community Board Liaison for the Bethlehem Central Community Foundation from 2013-2019.

Charles (Chuck) Liddle III has been a member of the finance committee for more than two decades. His leadership helped the organization keep focus during the most turbulent times. His historical perspective and commitment to preserving the region’s charitable assets will forever be a standard of excellence. Chuck serves as Board Emeritus and will continue to stay involved with the Community Foundation.